As I got in, where the Taste of Claremont event would have taken place shortly, the emotion was tangible and the Claremont Rotary members were taking care of last preparation. 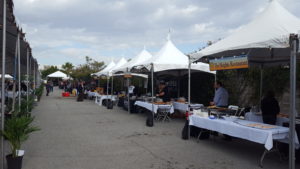 The stands where full of people preparing wonderful dishes for the people that shortly would have filled up the Claremont University Consortium. At the same time, Beer, Wine and Scothc producers were opening the first bottle and as I was passing by every stand, different flavors, sounds and fragrances were taking place in front of my eyes.

As the beer started making bubbles and the foam was filling the glass, I turned myself and saw the first wine producer pouring the first glass. 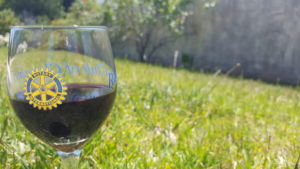 Just a few seconds later and everywhere this small but beautiful  fair became the blooming time of taste for the small city of Claremont.

Minutes after the gate opened, people were already eating, drinking and enjoying at this event whose proceeds will be devolved to charity.

Time passed quickly and the live band performance was just the right accompaniment for what turned out to be a wonderful event that year after year is becoming more and more interesting.

In conclusion I just want to say a BIG Thank you to the Rotary of Claremont which has been very kind and demonstrated to be a wonderful reality here in Claremont.

Raised in Italy and the US, I acquired aspects of both cultures. Curious by nature and with a passion for food, I graduated from the University of Gastronomic Sciences in Italy. I travel around the world to discover and learn what is considered good food and beverages by different cultures.

Food and Wine experiences around the world